by Rebecca Sun for The Hollywood Reporter

The international superstar is next teaming up with Mindy Kaling for an untitled wedding comedy set in India. 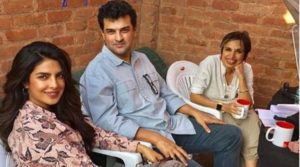 The international superstar will next team up with fellow Mindy Kaling to produce and star in an untitled wedding comedy, which will be co-produced by Brooklyn Nine-Nine showrunner Dan Goor. Chopra Jonas also is set to star in and co-produce biopic The Sky Is Pink, playing the mother of the late teenage motivational speaker Aisha Chaudhary.

Before her jump to starring roles in the U.S., Chopra Jonas was already one of India’s most famous celebrities, parlaying a Miss World 2000 crown into a commercially and critically successful Bollywood acting career in such films as Mary Kom, Barfi! and Fashion. ABC Studios signed her to a talent holding deal in 2014; she ultimately chose to star in ABC’s FBI drama Quantico. The role made her the first South Asian actor to headline an American television drama and the first to win People’s Choice Awards for dramatic TV actress and actress in a new TV series. In the past three years she has been seen on U.S. big screens in Isn’t It Romantic, A Kid Like Jake and Baywatch.

In 2015 Chopra Jonas launched her own banner, Purple Pebble Pictures, and through it has produced the features Ventilator and Pahuna: The Little Visitors as well as Firebrand, which Netflix released in February. 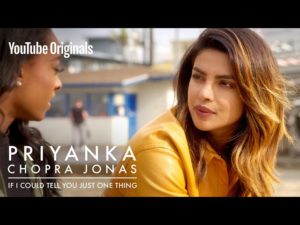 Chopra Jonas consistently ranks atop social media charts, boasting a following of more than 100 million followers across multiple platforms. She recently launched the YouTube Original series If I Could Tell You Just One Thing, featuring intimate and inspiring conversations with such fellow accomplished women including Simone Biles, Diane von Furstenberg and Awkwafina. And Penguin Random House is set to publish her memoir Unfinished, featuring her personal essays, later this year.

She continues to be represented by manager Anjula Acharia and Grubman Shire.