by Joseph Telushkin from jewishvirtuallibrary.org 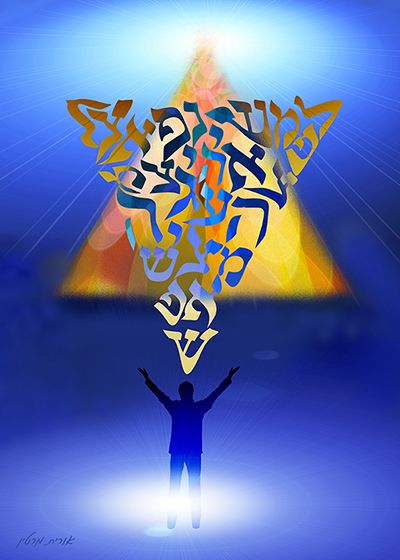 Kabbalah (Hebrew: קַבָּלָה‎, literally “reception, tradition” or “correspondence”:3) is an esoteric method, discipline, and school of thought in Jewish mysticism. A traditional Kabbalist in Judaism is called a Mequbbāl (מְקוּבָּל‎). The definition of Kabbalah varies according to the tradition and aims of those following it, from its religious origin as an integral part of Judaism, to its later adaptations in Western esotericism (Christian Kabbalah and Hermetic Qabalah). Jewish Kabbalah is a set of esoteric teachings meant to explain the relationship between the unchanging, eternal God—the mysterious Ein Sof (אֵין סוֹף‎, “The Infinite”)—and the mortal, finite universe (God’s creation). It forms the foundation of mystical religious interpretations within Judaism.

Kabbalah is the name applied to the whole range of Jewish mystical activity. While codes of Jewish law focus on what it is God wants from man, kabbalah tries to penetrate deeper, to God’s essence itself.

There are elements of kabbalah in the Bible, for example, in the opening chapter of Ezekiel, where the prophet describes his experience of the divine: “… the heavens opened and I saw visions of God…. I looked and lo, a stormy wind came sweeping out of the north-a huge cloud and flashing fire, surrounded by a radiance; and in the center of the fire, a gleam as of amber” (1:1,4). The prophet then describes a divine chariot and the throne of God. 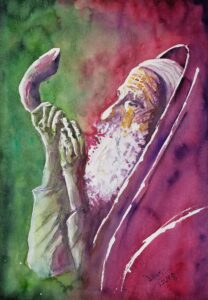 The rabbis of the Talmud regarded the mystical study of God as important yet dangerous. A famous talmudic story tells of four rabbis, Azzai, Ben Zoma, Elisha ben Abuyah, and Akiva who would meet together and engage in mystical studies. Azzai, the Talmud records, “looked and went mad [and] Ben Zoma died.” Elisha ben Abuyah became a heretic and left Judaism. Rabbi Akiva alone “entered in peace and left in peace.” It was this episode, the later experiences of individuals who became mentally unbalanced while engaging in mystical activities, and the disaster of the false Messiah Shabbetai Zevi that caused seventeenth-century rabbis to legislate that kabbalah should be studied only by married men over forty who were also scholars of Torah and Talmud. The medieval rabbis wanted the study of kabbalah limited to people of mature years and character.

The most famous work of kabbalah, the Zohar, was revealed to the Jewish world in the thirteenth century by Moses De Leon, who claimed that the book contained the mystical writings of the second-century rabbi Simeon bar Yochai. Almost all modern Jewish academic scholars believe that De Leon himself authored the Zohar, although many Orthodox kabbalists continue to accept De Leon’s attribution of it to Simeon bar Yochai. Indeed, Orthodox mystics are apt to see Bar Yochai not so much as the Zohar’s author as the recorder of mystical traditions dating back to the time of Moses. The intensity with which Orthodox kabbalists hold this conviction was revealed to me once when I was arguing a point of Jewish law with an elderly religious scholar. He referred to a certain matter as being in the Torah, and when I asked him where, he said: “It’s in the Zohar. Is that not the same as if it was in the Torah itself?”

The Zohar is written in Aramaic (the language of the Talmud) in the form of a commentary on the five books of the Torah. Whereas most commentaries interpret the Torah as a narrative and legal work, mystics are as likely to interpret it “as a system of symbols which reveal the secret laws of the universe and even the secrets of God” (Deborah Kerdeman and Lawrence Kushner, The Invisible Chariot, p. 90). To cite one example, Leviticus 26 records “a carrot and a stick” that God offers the Jewish people. If they follow his decrees, He will reward them. But if they spurn them, God will “set His face” against the people: “I will discipline you sevenfold for your sins….” and “I will scatter you among the nations” (26:28, 33). At the chapter’s conclusion, God says: “Yet, even then, when they are in the land of their enemies, I will not reject them or spurn them so as to destroy them, breaking My covenant with them, for I am the Lord, their God” (26:44). 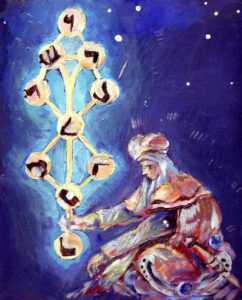 There are many strands of teaching in the kabbalah. Medieval kabbalists, for example, were wont to speak of God as the En Sof (That Which Is Without Limit). The En Sof is inaccessible and unknowable to man. But God reveals Himself to mankind through a series of ten emanations, sefirot, a configuration of forces that issue from the En Sof . The first of these sefirot is keter (crown) and refers to God’s will to create. Another sefira, binah (understanding), represents the unfolding in God’s mind of the details of creation, while hesed (loving­kindness) refers to the uncontrolled flow of divine goodness. Most of the sefirot are regarded as legitimate objects for human meditation; they represent a way in which human beings can make contact with God. Through contemplation and virtuous deeds, human beings can also bring down the divine grace to this world. 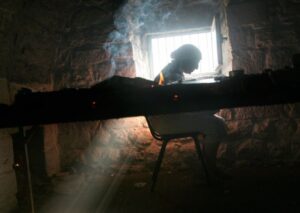 The greatest scholar and historian of kabbalah in this century was the late Professor Gershom Scholem of Hebrew University in Jerusalem. Scholem, himself a nonobservant Jew, was fond of explaining how he became attracted to so esoteric a discipline: “My decision to study Jewish mysticism came the day I visited the home of a famous German rabbi, a person with a reputation for scholarship in the kabbalah…. Seeing on his shelf some mystical texts with intriguing titles, I had, with all the enthusiasm of youth, asked the rabbi about them. ‘This junk,’ the rabbi had laughed at me. ‘I should waste time reading nonsense like this?’ It was then . . . that I decided here was a field in which I could make an impression. If this man can become an authority without reading the text, then what might I become if I actually read the books?”

As a rule, mekubbalim (people who actively study and practice kabbalah) are skeptical of men like Scholem, who studied kabbalah as a university discipline and not from a personal conviction of its truth. One mekubbal, Rabbi Abraham Chen, declared on one occasion before a seminar of Scholem’s students: “A scholar of mysticism is like an accountant: He may know where all the treasure is, but he is not free to use it.” A precisely opposite view on the value of kabbalah was taken by the late Professor Saul Lieberman, the great Talmud scholar of the Jewish Theological Seminary. In an introduction to a lecture Scholem delivered at the seminary, Lieberman said that several years earlier, some students asked to have a course here in which they could study kabbalistic texts. He had told them that it was not possible, but if they wished they could have a course on the history of kabbalah. For at a university, Lieberman said, “it is forbidden to have a course in nonsense. But the history of nonsense, that is scholarship.” 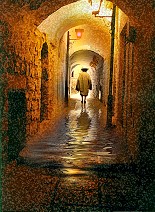 Lieberman’s caustic comment aside, kabbalah has long been one of the important areas of Jewish thought. Ideas that many contemporary Jews might think of as un-Jewish sometimes are found in the kabbalah, most notably, the belief in reincarnation (gilgul neshamot). Between 1500 and 1800, Scholem has written, “kabbalah was widely considered to be the true Jewish theology,” and almost no one attacked it. With the Jewish entrance into the modern world, however-a world in which rational thinking was more highly esteemed than the mystical-kabbalah tended to be downgraded or ignored. In recent years, there has been an upsurge of interest in kabbalah, and today it is commonly studied among Hasidic Jews, and among many non­-Orthodox Jews who are part of the counterculture. 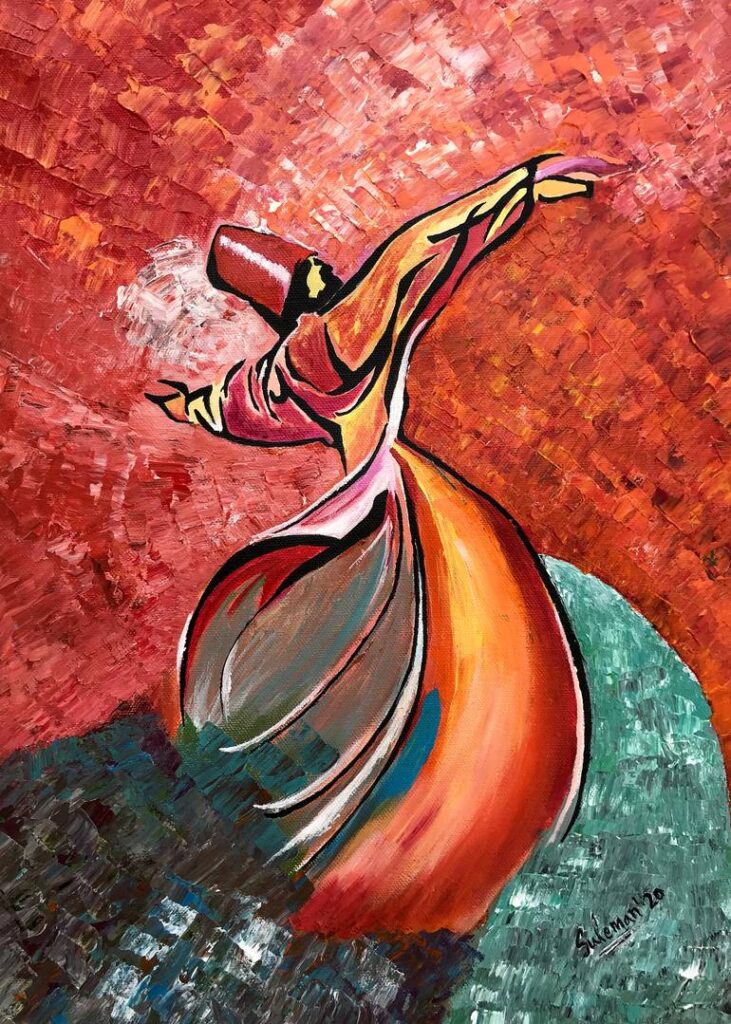 Sufism: A Mystical Form of Islam 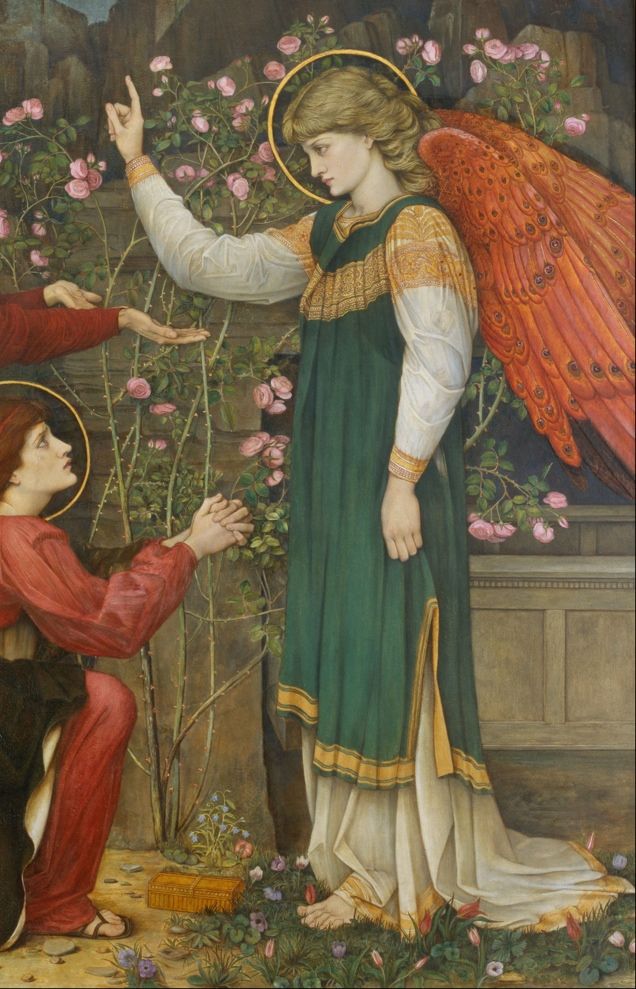 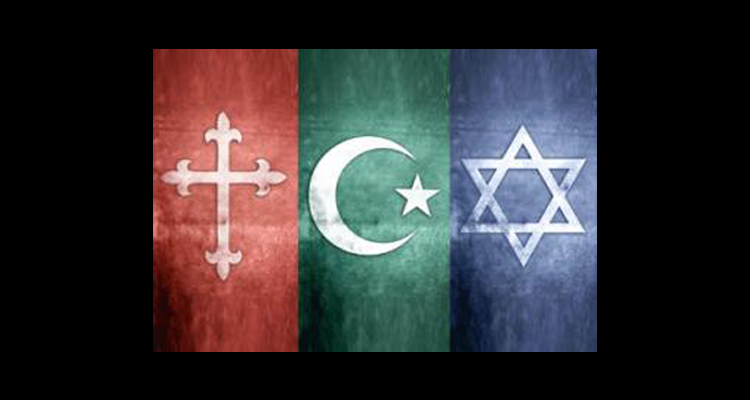 What Are Abrahamic Religions? 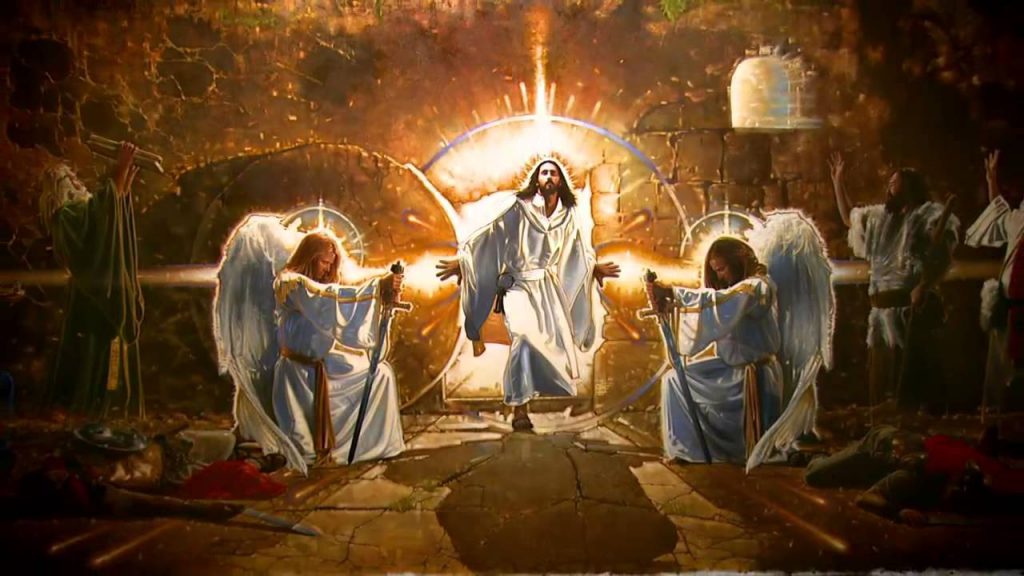