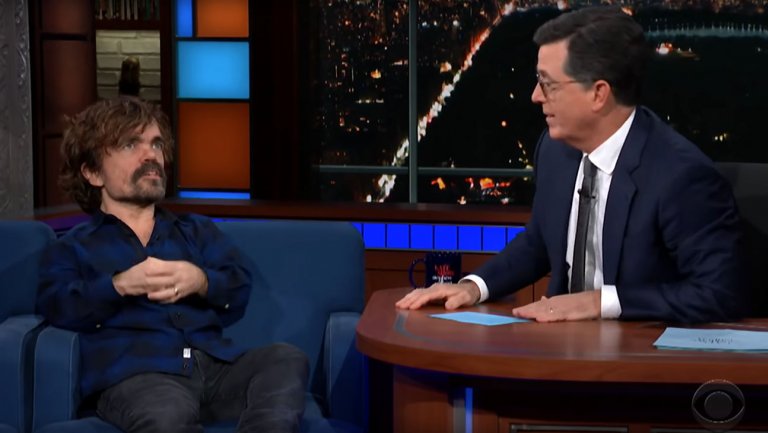 by Katherine Schaffstall for The Hollywood Reporter

“I nailed it. I really did,” the ‘Game of Thrones’ actor said about reading Dakota Johnson’s lines from the film.

Peter Dinklage revealed, while visiting The Late Show on Wednesday, that he helped My Dinner With Herve co-star Jamie Dornan run lines for the latest Fifty Shades film. 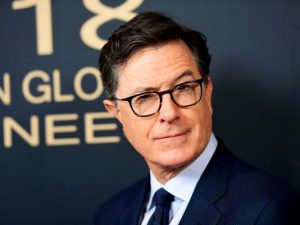 Host Stephen Colbert noted that both Dinklage and Dornan have “very obsessive, cultish” fan bases for their most recognizable projects, the Game of Thrones and the Fifty Shades of Grey franchises. “Very different fans,” agreed Dinklage.

Colbert asked if the co-stars discussed and compared their fan bases. “No, I read some of the screenplay, though, in our dressing room. I went in. He had to do some reshoots for Fifty Shades and I would help him out learning lines,” he said. “I would read the Dakota Johnson parts. Yeah, I was just helping a friend learn lines. I nailed it. I really did.”

“I think that’s one of the lines,” responded Colbert.

“From both Game of Thrones and Fifty Shades,” added Dinklage. 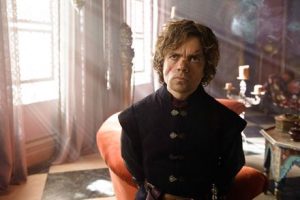 Colbert also spent a portion of the interview trying to get Dinklage to share some spoilers about the final season of the HBO series. “I’ll be all clever and coy with my answers,” he said, clearly stating that he wouldn’t share any spoilers. “I’m a terrible actor, but I’ve perfected these responses.”

However, the actor did reveal that Dornan attended the show’s wrap party. “It was in Belfast. It was a crazy night and he’s from Belfast,” he said. “So that was fun.” He added, “It was a great wrap party. There were just dragons in the show.”