The life of Jesus Christ

Describtion: The Gospel of John is a 2003 epic film that recounts the life of Jesus according to the Gospel of John. The motion picture is a word-for-word adaptation of the American Bible Society’s Good News Bible. This three-hour, epic, feature film follows the Gospel of John precisely, without additions to the story from the other Gospels or omissions of the Gospel’s complex passages.

John the Apostle recounts the life and times of Jesus Christ, including testimonies from other disciples, his final hours leading up to his crucifixion and his subsequent resurrection.

A Canadian-British production, The Gospel of John is directed imaginatively by Philip Saville, who knows how to keep our interest during the long speeches that are so unique to John’s Gospel. Actor Henry Ian Cusick is perhaps the finest movie Jesus yet to appear, the Shakespearean actor bringing both a sense of divine dignity and down to earth humanity to the role. John, in contrast to Mark with its “Messianic Secret,” is the only gospel in which Jesus boldly asserts his divinity in public, and this the actor does in believable style. He also is often shown smiling and picking up a child during his public appearances, and his attendance at the wedding in Cana shows his love of life and laughter. In regard to the miracle at the wedding, and the others, the director wisely follows the lead of Pasolini in the latter’s Gospel of St. Matthew by refusing to indulge in showy spectacle. One moment it is water in the jugs, but it is wine when dipped out by the wine steward. The same treatment is accorded the appearance of the angels to Mary Magdalene at the empty tomb. She “sees” the supernatural beings; we see only the play of light on the garments laid out on the stone. 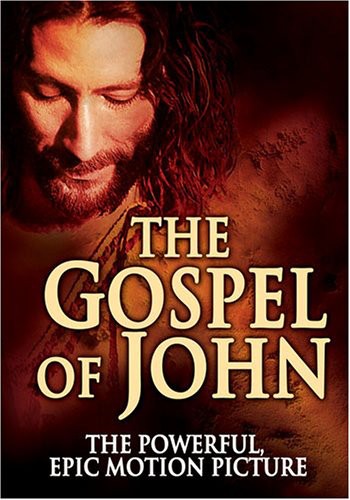