Plot: Semi-Fact based account of a secret society of murderers, and of the man who exposed them in British India 1825.

The film takes place in 1825 India. The country is being ravaged by Thuggees, a Kali-worshiping cult also known as “Deceivers,” who commit robbery and ritualistic murder. Appalled by their activities, English Captain William Savage undertakes a dangerous mission in which he disguises himself, and infiltrates the Thugee cult. At constant risk of betrayal and vengeance, Captain Savage undergoes a disturbing psychological transformation, experiencing the cult’s insatiable bloodlust for himself. The film was shot in various locations around the arid steppe region in northwestern India. 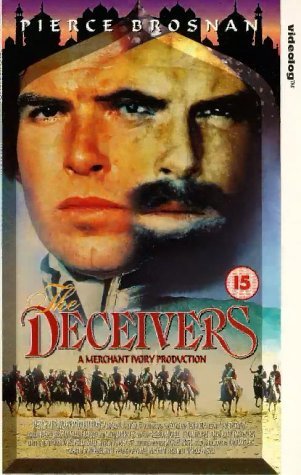