Plot: An eight-year-old boy is thought to be a lazy trouble-maker, until the new art teacher has the patience and compassion to discover the real problem behind his struggles in school.

Taare Zameen Par (transl. Stars on land), also known as Like Stars on Earth in English, is a 2007 Indian Hindi-language social drama film produced and directed by Aamir Khan. The film stars Khan himself, along with Darsheel Safary, Tanay Chheda, Sachet Engineer, Vipin Sharma and Tisca Chopra. The film explores the life and imagination of Ishaan (Safary), an 8-year-old dyslexic child. Although he excels in art, his poor academic performance leads his parents to send him to a boarding school. Ishaan’s new art teacher Nikumbh (Khan) suspects that he is dyslexic and helps him to overcome his reading disorder. 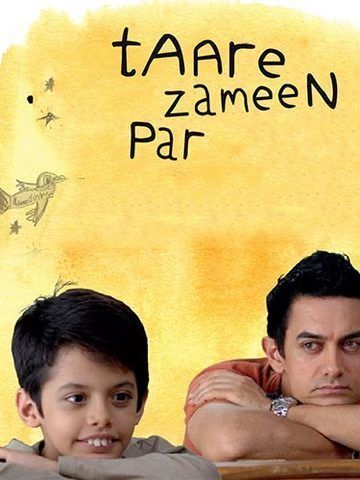