Plot: Sultan, a brave warrior, tries to win the affections of Yasmin, a beautiful woman. However, his life turns upside-down when his father is killed by a general who he then swears revenge against.

Shah is the leader of a  tribe in the Middle East; when he gets news that bandit, Razoulli and his gang are coming to launch an attack on their region, he is petrified and asks his people to vacate but General Khalid assures him not to worry much and darlingly challenge Razoulli overpowering them. But Razoulli manages to escape and in the process abducts Khalid’s pregnant wife, make sure she gives birth to a baby boy, bring him up, teaches him all the skills to become a certify warrior and name him Sultan. While Khalid re-marry Jenny and they are proud parents to Samir who is sent abroad for studies. Khalid then takes an oath to kill Razoulli and the duo combat each other on many occasions but Razoulli have always manages to escape. Meanwhile the brave Sultan takes a fantasy to queen Shehzadi Yasmeen, is made to enter a death race but emerge victorious and in the process abducts Yasmeen but eventually both fall in love. Then Sultan receive news that Razoulli was killed by Khalid – Sultan then swears to destroy Khalid. When Sultan gets informed that Samir and his beloved, Zarina is returning from abroad he attempt to abduct them albeit unsuccessful. Shortly after Sultan and Khalid begins their fierce battle against each other – a battle between father and son – fully well knowing that only one shall survive. 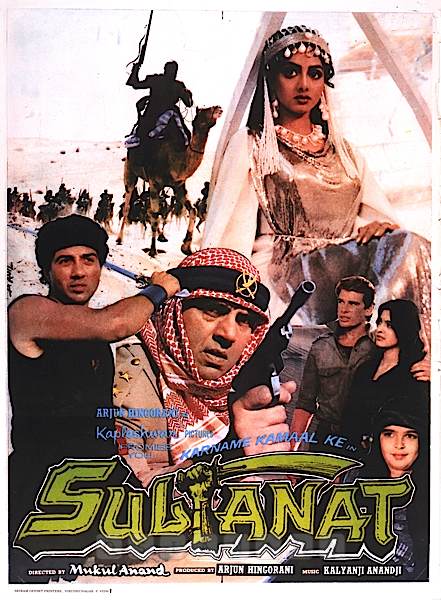