Plot: An alien on Earth loses the only device he can use to communicate with his spaceship. His innocent nature and child-like questions force the country to evaluate the impact of religion on its people.

PK (transl. Tipsy; Hindi pronunciation: [piakar]) is a 2014 Indian satirical comedy-drama film directed by Rajkumar Hirani and written by Hirani and Abhijat Joshi. It was jointly produced by Hirani and Vidhu Vinod Chopra under the banners Rajkumar Hirani Films and Vinod Chopra Films respectively. The film follows an alien who comes to Earth on a research mission, but loses his remote to a thief, who later sells it to a godman. He befriends a television journalist and in his quest to retrieve the remote, questions religious dogmas and superstitions. The film stars Aamir Khan in the titular role with Anushka Sharma, Sushant Singh Rajput, Boman Irani, Saurabh Shukla and Sanjay Dutt in pivotal roles.

After the success of 3 Idiots (2009), Hirani and Joshi’s began scripting their next project; finding similarities with the plot of Inception (2010), they scrapped the film. It was later rewritten with a different angle and tone. During production, the film was first titled Talli and later Ek Tha Talli before being changed to PK as the latter title was found too similar to Ek Tha Tiger (2012). The film’s soundtrack was composed by Shantanu Moitra, Ajay-Atul and Ankit Tiwari with lyrics written by Swanand Kirkire, Amitabh Varma and Manoj Muntashir. UTV Motion Pictures acquired the distribution rights of the film.

PK was released on 19 December 2014. It received generally positive reviews from critics, with praise directed towards the performances, particularly Khan, and its portrayal of superstitions. Criticism was focused on the Anti-Hindu sentiment. The film received eight nominations at the 60th Filmfare Awards, winning two. Additionally, it won five Producers Guild Film Awards, and two Screen Awards. PK garnered the Telstra People’s Choice Award at the Indian Film Festival of Melbourne. 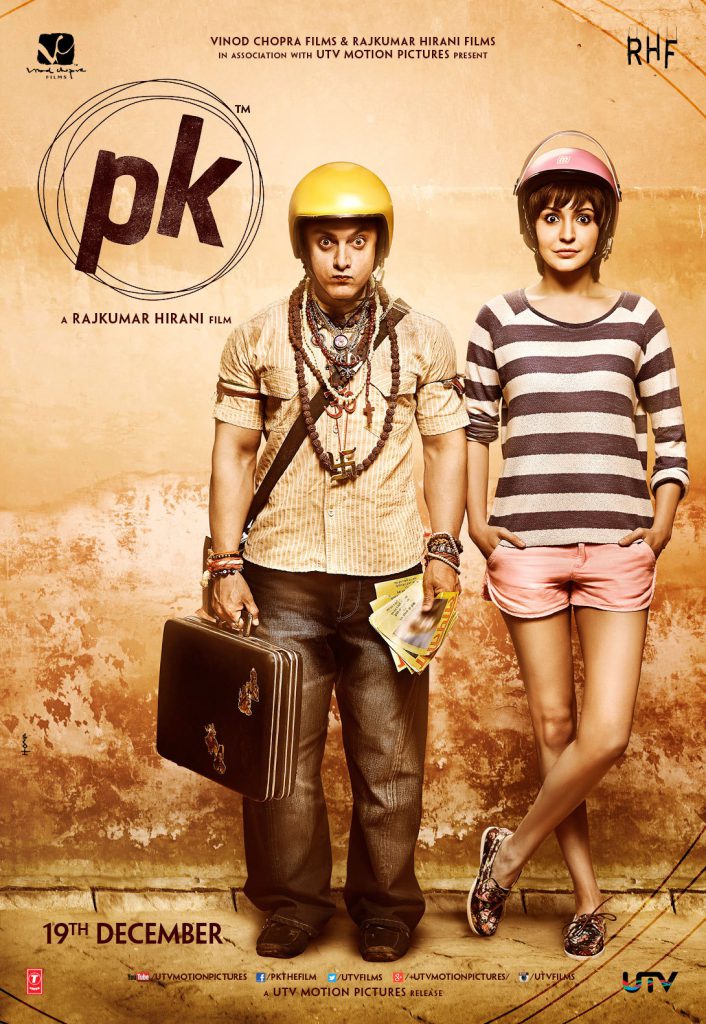