Plot: A female shape-shifting serpent takes various human forms to trick and murder the group of friends who brutally killed her lover during their hunting party.

The snake myth, which is prevalent all over India, is portrayed in this dramatic thriller. The legend says that it is fatal to injure or kill one of pair of mating cobras, because the surviving mate will pursue the killer to death and will not rest till it has its revenge. In this film, a pair of mating cobras, who have the power to transform themselves into human beings (Jeetendra and Reena Roy), are attacked by a group of hunters. The male is killed and the female vows that she will not rest unless each one of the killers is eliminated. How she murders them, one by one, forms the plot of this eerie thriller. 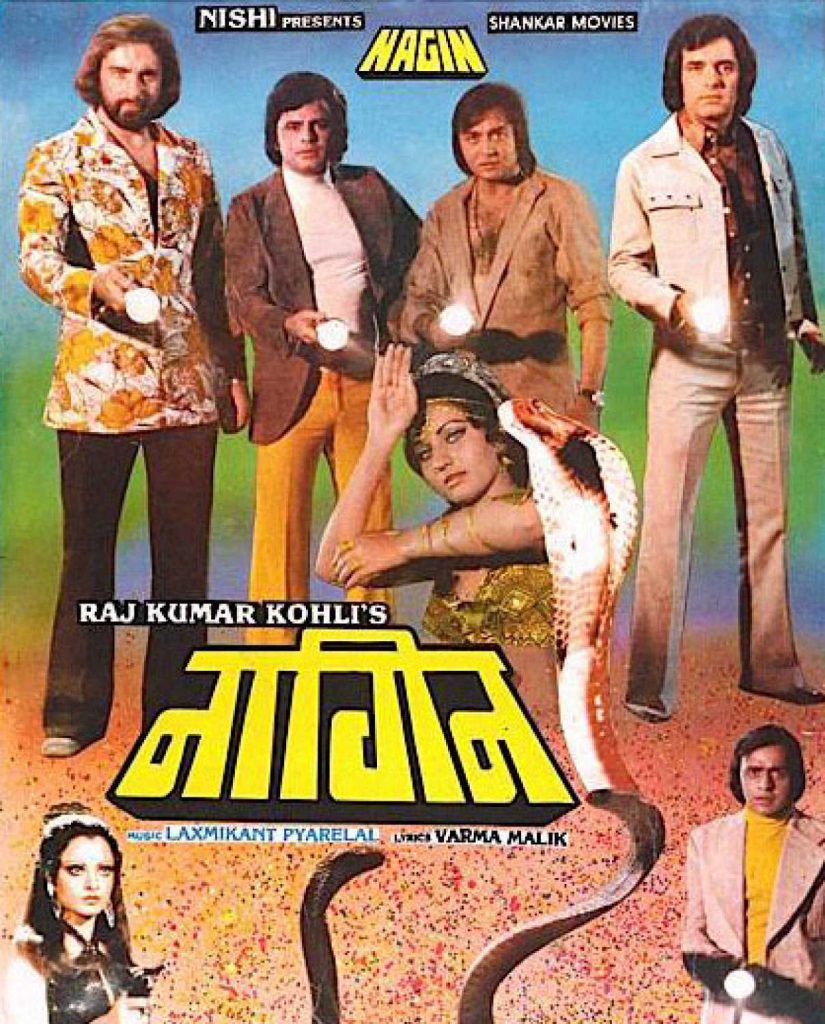