Plot: A boy raised by wolves tries to adapt to human village life.

Jungle Book is a 1942 independent Technicolor action-adventure film by the Hungarian Korda brothers, based on a screenplay adaptation by Laurence Stallings of Rudyard Kipling’s The Jungle Book, about a wild boy who is kidnapped by villagers who are cruel to animals as they attempt to steal dead king’s cursed treasure.

The film was directed by Zoltán Korda, produced by his brother Alexander and art directed by their younger brother Vincent. The cinematography was by Lee Garmes and W. Howard Greene and the music was by Miklós Rózsa. The film starred Sabu as Mowgli. Because of the war, the British Korda brothers had moved their film making to Hollywood in 1940, and Jungle Book is one of the films they made during that Hollywood period. 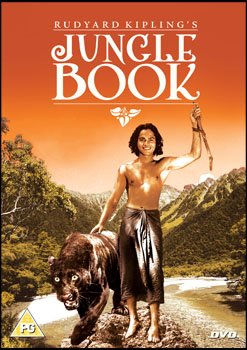