Describtion: The Bible is a television miniseries based on the Bible. It was produced by Roma Downey and Mark Burnett and was broadcast weekly between March 3 and 31, 2013 on History channel. It has since been adapted for release to theaters as a feature film (138 minutes), the 2014 American epic biblical drama Son of God.

The series covers “Genesis to Revelation” in “one grand narrative,” structured as ten hour-long episodes broadcast in five pairs, with each episode containing two or three biblical stories told through live action and computer-generated imagery. According to Burnett, it included “obvious” stories such as Noah’s Ark, the Exodus, and the life of Jesus Christ. Five hours are taken from the Old Testament, five from the New. The series is based on the New International Version and the New Revised Standard Version of the Bible.

The first episode of the TV series THE BIBLE begins with Noah as he and his family huddle together in the ark amidst the crashing of the waves. Noah comforts his family by recounting the creation of the universe from Genesis One.

The clear theme of episode one is God’s covenant promise to His people. From Noah, the narrator transitions to Abraham, whose descendants, God promised, would be more numerous than the stars. Much of the episode focuses on the faith of Abram and Sarai (who are renamed Abraham and Sarah), which is always being tested. God sees the strong faith of Abraham and blesses him for it. His descendants multiply just as God promised. 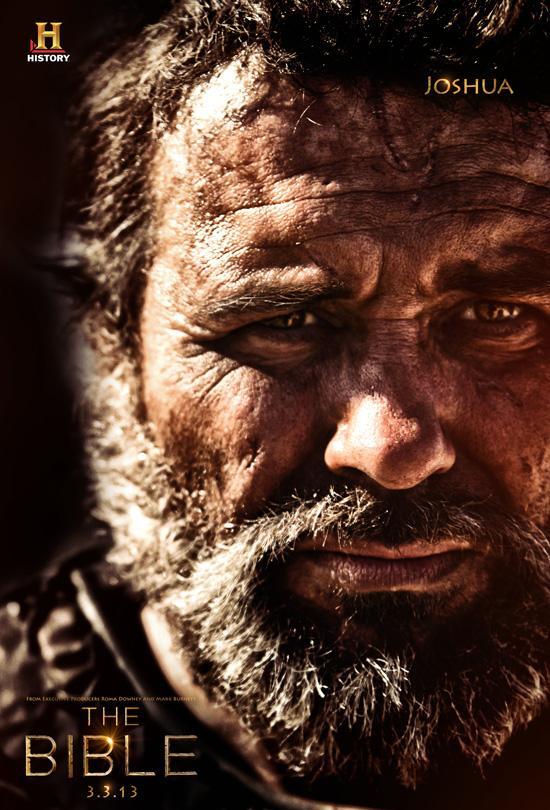