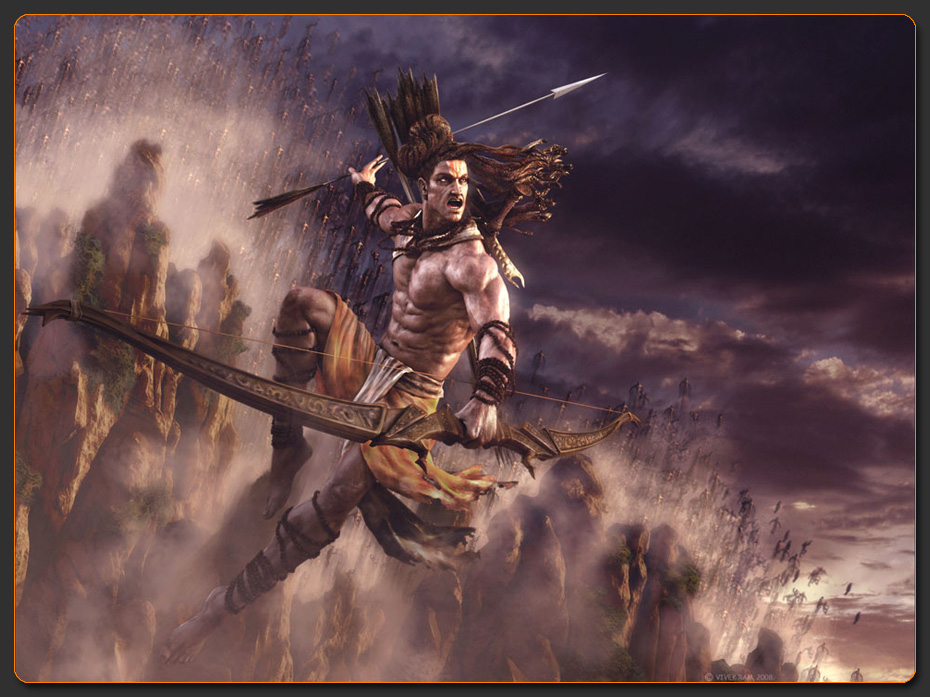 Rama, the perfect avatar (incarnation) of the Supreme Protector, Vishnu, is an all-time favorite among Hindu deities. The most popular symbol of chivalry and virtue, Rama–in the words of Swami Vivekananda–is “the embodiment of truth, of morality, the ideal son, the ideal husband, and above all, the ideal king.”

As the seventh incarnation of Lord Vishnu, Rama is said to have taken birth on earth to annihilate the evil forces of the age. He is widely believed to be an actual historical figure–a “tribal hero of ancient India”–whose exploits form the great Hindu epic of Ramayana (The Romance of Rama), written by the ancient Sanskrit poet Valmiki.

Hindus believe that Rama lived in the Treta Yug–one of the four great epochs. But according to historians, Rama was not particularly deified until the 11th century CE. Tulsidas’ outstanding retelling of the Sanskrit epic into the popular vernacular as the Ramcharitmanas greatly enhanced the popularity of Rama as a Hindu god and gave rise to various devotional groups.

Ramnavami is one of the most important festivals of the Hindus, particularly for the Vaishnava sect of the Hindus. On this auspicious day, devotees repeat the name of Rama with every breath and vow to lead a righteous life. People pray to attain the final beatitude of life through intense devotion towards Rama and invoke him for his blessings and protection.

How to Identify Rama

To many, Rama is hardly different in looks from Lord Vishnu or Krishna. He is most often represented as a standing figure, with an arrow in his right hand, a bow in his left and a quiver on his back. A Rama statue is also usually accompanied by statues of his wife Sita, brother Lakshmana and the legendary monkey attendant Hanuman. He is depicted in princely adornments with a ’tilak’ or mark on the forehead, and as having a dark, almost bluish complexion, which shows his affinity with Vishnu and Krishna. 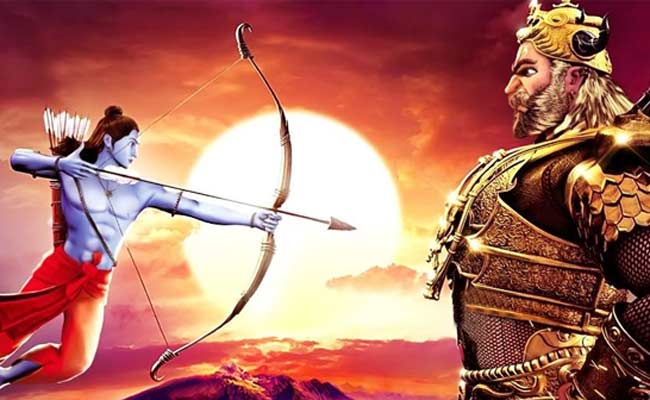 Although Rama and Krishna, both incarnations of Vishnu, are almost equally popular among Hindu devotees, Rama is seen as an archetype of righteousness and the most sought-after virtues in life, in contrast to Krishna’s dalliances and shenanigans.

The prefix “Shri” to Rama indicates that Rama is always associated with “Shri”–the essence of four Vedas. Uttering his name (“Ram! Ram!”) while greeting a friend, and invoking Rama at the time of death by chanting “Ram Naam Satya Hai!”, shows that his popularity exceeds that of Krishna. However, the shrines of Krishna in India slightly outnumber the temples of Rama and his monkey devotee, Hanuman.

One of the two great epics of India, ‘Ramayana’ is based on the story of Rama. While Rama, his wife and brother are in exile, living a simple yet happy life in the forest, tragedy strikes!

From that point, the plot revolves around the abduction of Sita by the demon king Ravana, the ten-headed ruler of Lanka, and Rama’s pursuit to rescue her, aided by Lakshmana and the mighty monkey-general, Hanuman. Sita is held captive in the island as Ravana tries to persuade her to marry him. Rama assembles an army of allies comprised mainly of monkeys under the brave Hanuman. They attack Ravana’s army, and, after a fierce battle, succeed in killing the demon king and freeing Sita, reuniting her with Rama.

The victorious king returns to his kingdom as the nation celebrates is homecoming with the festival of lights–Diwali!