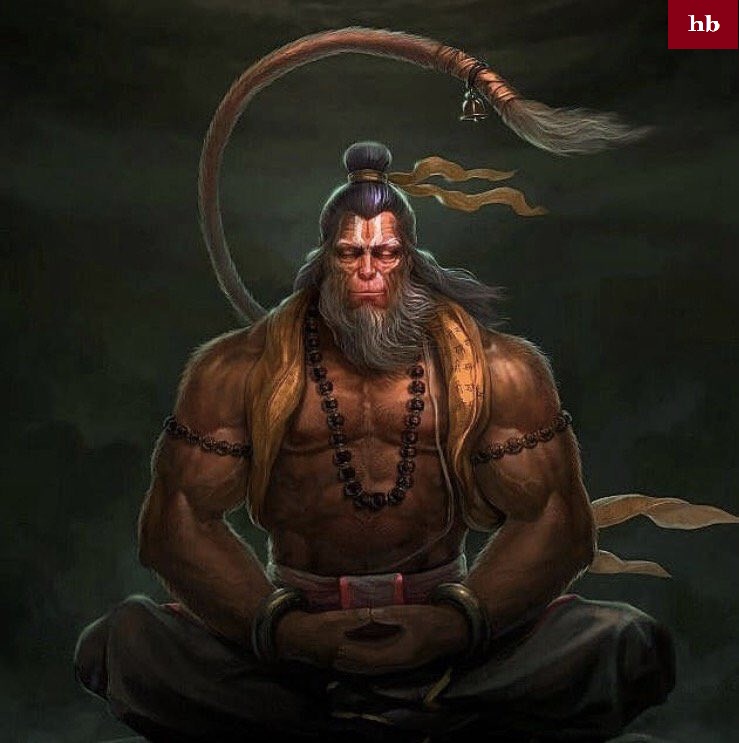 Hanuman, the mighty ape that aided Lord Rama in his expedition against evil forces, is one of the most popular idols in the Hindu pantheon. Believed to be an avatar of Lord Shiva, Hanuman is worshiped as a symbol of physical strength, perseverance, and devotion.

Hanuman’s tale in the epic Ramayana—in which he is assigned the task of locating Rama’s wife Sita who was abducted by Ravana, the demon king of Lanka—is known for its astounding ability to inspire and equip a reader with all the ingredients needed to face ordeals and conquer obstructions in the way of the world.

The Necessity of a Simian Symbol

Hindus believe in ten avatars of Lord Vishnu among a multitude of gods and goddesses. One of Vishnu’s avatars is Rama, who was created to destroy Ravana, the evil ruler of Lanka. In order to aid Rama, Lord Brahma commanded some gods and goddesses to take the avatar of ‘Vanaras’ or monkeys. Indra, the god of war and weather, was reincarnated as Bali; Surya, the sun god, as Sugriva; Vrihaspati or Brihaspati, the preceptor of the gods, as Tara; and Pavana, the god of wind, was reborn as Hanuman, the wisest, swiftest and strongest of all apes.

The Birth of Hanuman

According to the legend of Hanuman’s birth, Vrihaspati, the ruler of all the hymns and prayers addressed to the gods, had an apsara, a female spirit of the clouds and water named Punjikasthala. Punjikasthala roamed the heavens, where we mocked and threw stones at a meditating monkey (rishi), breaking his meditations. He cursed her, turning her into a female monkey who had to wander the earth—a curse that could only be nullified if she gave birth to an incarnation of Lord Shiva. Punjikasthala performed intense austerities to please Shiva and renamed herself Anjana. Shiva eventually granted her the boon that would cure her of the curse.

When Agni, the god of fire, gave Dasharath, the king of Ayodhya, a bowl of sacred dessert to share among his wives so they may have divine children, an eagle snatched a part of the pudding and dropped it where Anjana was meditating, and Pavana, the god of wind delivered the piece into Anjana’s outstretched hands. After she took the divine dessert, she gave birth to Hanuman. Thus Lord Shiva was incarnated as a monkey born as Hanuman to Anjana, by the blessings of the lord of the winds Pavana, who thus became Hanuman’s godfather. 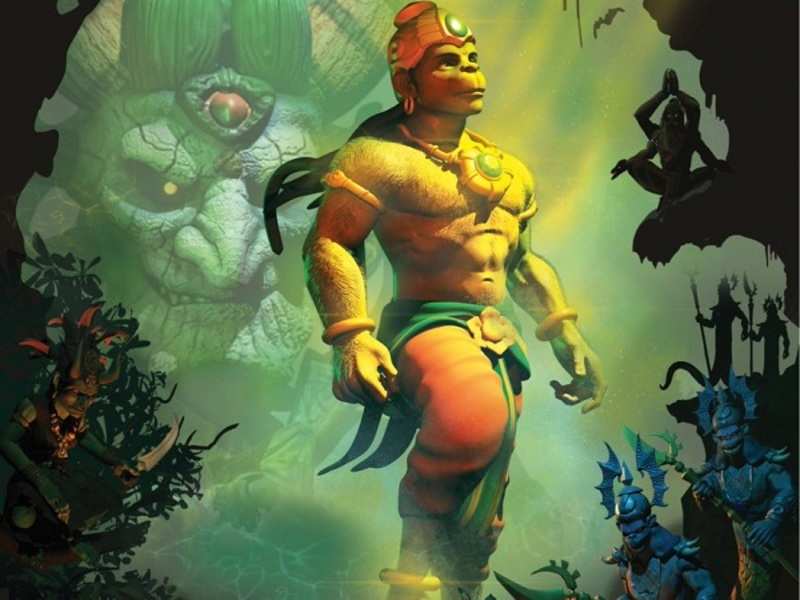 The birth of Hanuman released Anjana from the curse. Before Anjana returned to heaven, Hanuman asked his mother about his life ahead. She assured him that he would never die, and said that fruits as ripe as the rising sun would be his food. Mistaking the glowing sun as his food, the divine baby leaped for it. The god of the heavens Indra struck him with his thunderbolt and hurled him back down to earth.

Hanuman’s godfather Pavana carried the burned and broken child to the netherworld or Patala. But as Pavana departed from the earth, he took all the air with him, and the creator god Brahma had to beg him to return. In order to appease Pavana, the gods conferred many boons and blessings on his foster child, making Hanuman invincible, immortal, and powerful: a monkey god.

Hanuman selected the sun god Surya as his preceptor and asked Surya to teach him the scriptures. Surya agreed and Hanuman became his disciple; but as the sun god, Surya traveled constantly. Hanuman took his lessons from his constantly moving guru by traversing the sky backward at an equal pace. Hanuman’s phenomenal concentration allowed him to master the scriptures in only 60 hours.

For Hanuman’s tuition fees, Surya would have accepted the manner in which Hanuman accomplished his studies, but when Hanuman asked him to accept something more than that, the sun god asked Hanuman to assist his son Sugriva, by becoming his minister and compatriot.

Traditionally, Hindu people keep fast and give special offerings in honor of Hanuman as a weekly ritual week, on Tuesdays and, in some cases, Saturdays.

In times of trouble, it is a common faith among Hindus to chant the name of Hanuman or sing his hymn (“Hanuman Chalisa”) and proclaim “Bajrangbali Ki Jai” —”victory to thy thunderbolt strength.” Once every year—on the full-moon day of the Hindu month of Chaitra (April) at sunrise—Hanuman Jayanti is celebrated, commemorating the birth of Hanuman. Hanuman temples are among the most common public shrines found in India.

The Power of Devotion

The character of Hanuman is used in the Hindu religion as an example of the unlimited power that lies unused within each human individual. Hanuman directed all his energies towards the worship of Lord Rama, and his undying devotion made him such that he became free from all physical fatigue. And Hanuman’s only desire was to go on serving Rama.

In this manner, Hanuman perfectly exemplifies ‘Dasyabhava’ devotion—one of the nine types of devotions—that bonds the master and the servant. His greatness lies in his complete merger with his Lord, which also formed the base of his genial qualities.