Kartikeya: The Hindu God of War 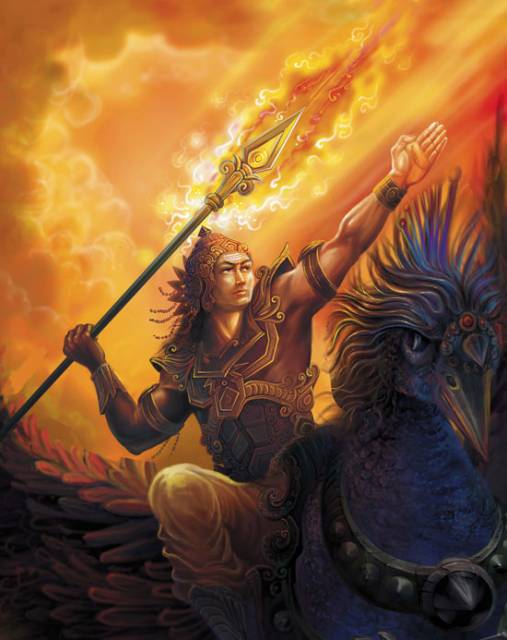 Kartikeya, the second son of Lord Shiva and Goddess Parvati or Shakti, is known by many names Subramaniam, Sanmukha, Shadanana, Skanda and Guha. In the southern states of India, Kartikeya is a popular deity and is better known as Murugan.

He is an embodiment of perfection, a brave leader of God’s forces, and a war God, who was created to destroy the demons, representing the negative tendencies in human beings.

Kartikya’s other name, Shadanana, which means ‘one with six heads’ corresponds to the five senses and the mind. The six heads also stand for his virtues enables him to see in all the directions — an important attribute that ensures that he counters all kinds blows that can hit him.

The war imagery and the six heads of Kartikeya indicate that if humans wish to lead themselves efficiently through the battle of life, they must always be alert lest they are shown the wrong path by crafty people with the six demonic vices: kaama (sex), krodha (anger), lobha (greed), moha (passion), mada (ego) and matsarya (jealousy). 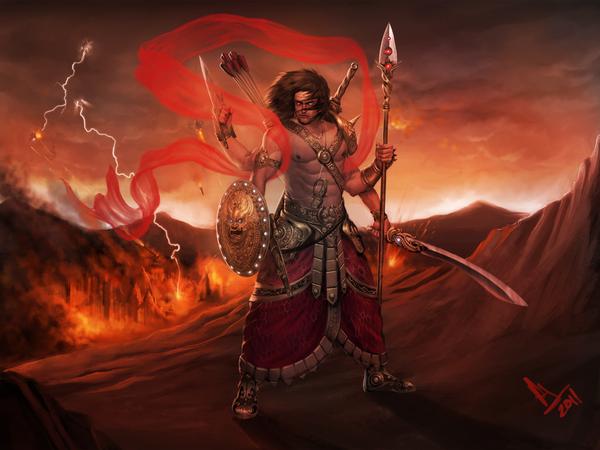 Kartikeya: The Lord of Perfection

Kartikeya carries in one hand a spear and his other hand is always blessing devotees. His vehicle is a peacock, a pious bird that grips with its feet a serpent, which symbolizes the ego and desires of people. The peacock represents the destroyer of harmful habits and the conqueror of sensual desires. The symbolism of Kartikeya thus points to the ways and means of reaching perfection in life.

The Brother of Lord Ganesha

Lord Kartikeya is the brother of Lord Ganesha, the other son of Lord Shiva and Goddess Parvati. According to a mythological story, Kartikeya once had a duel as to who was the elder of the two. The matter was referred to Lord Shiva for a final decision. Shiva decided that whoever would make a tour of the whole world and come back first to the starting point had the right to be the elder. Kartikeya flew off at once on his ​vehicle, the peacock, to make a circuit of the world. On the other hand, Ganesha went around His divine parents and asked for the prize of His victory. Thus Ganesha was acknowledged as the elder of the two brothers.​

One of two major holidays dedicated to the worship of Lord Kartikeya is Thaipusam. It is believed that on this day, Goddess Parvati presented a lance to Lord Murugan to vanquish the demon army of Tarakasura and combat their evil deeds. Therefore, Thaipusam is a celebration of the victory of good over evil.

Another regional festival celebrated mostly by Shaivite Hindus is Skanda Sashti, which is observed in honor of Lord Kartikeya on the sixth day of the bright fortnight of the Tamil month of Aippasi (October – November). It is believed that Kartikeya, on this day, annihilated the mythical demon Taraka. Celebrated in all Shaivite and Subramanya temples in South India, Skanda Sashti commemorates the destruction of evil by the Supreme Being.