Agni: The God of Fire 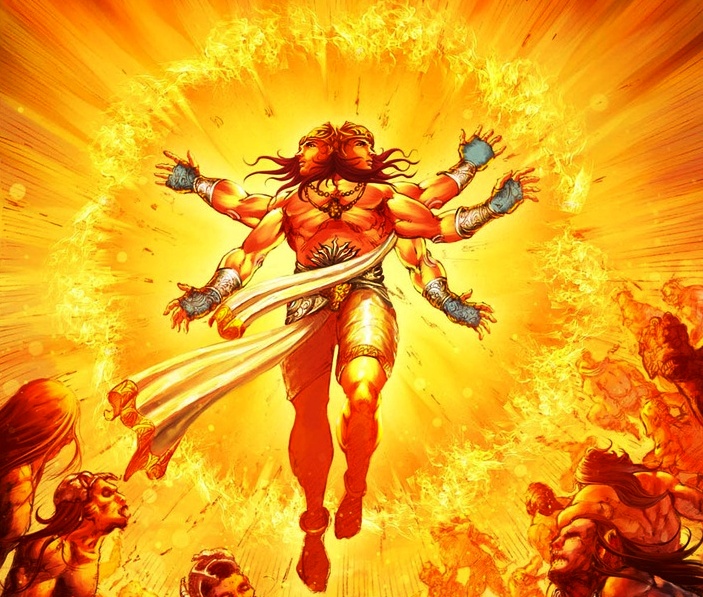 Agni, the god of Fire, is one of the most prominent of the deities of the Vedas. With the single exception of Indra, more hymns are addressed to Angi than to any other deity. To this day, Agni forms a part of many rites-of-passage ceremonies for Hindus, including birth, marriage and death.

The Origin & Appearance of Agni

In legend, various accounts are given of the origin of Agni. By one account, he is said to be a son of Dyaus and Prithivi. Another version says he is the son of Brahma, named Abhimani. By yet another account he is reckoned amongst the children of Kasyapa and Aditi, and hence is one of the Adityas. In the later writings, he is described as a son of Angiras, king of the Pitris (fathers of mankind), and the authorship of several hymns is ascribed to him.

In artwork, Agni is represented as a red man, having three legs and seven arms, dark eyes, eyebrows and hair. He rides on a ram, wears a poita (Brahmanical thread), and a garland of fruit. Flames of fire issue from his mouth, and seven streams of glory radiate from his body.

It is hard to overestimate the importance of Agni in Hindu religious practice and belief.

The Many Hues of Agni

Agni is an immortal who has taken up his abode with mortals as their guest. He is the domestic priest who rises before the dawn; he embodies a purified and intensified form of the sacrificial duties assigned to various human functionaries.

Agni is the most divine of the sages and is intimately acquainted with all the forms of worship. He is the wise director and the protector of all ceremonies, who enables men to serve the gods in a correct and acceptable manner.

He is a swift messenger moving between heaven and earth, commissioned both by gods and men to maintain their mutual communication. He both communicates to the immortals the hymns and offerings of earthly worshippers, and also brings the immortals down from the skies to the place of sacrifice. He accompanies the gods when they visit the earth and shares in the reverence and adoration they receive. He makes human offerings tangible; without him, the gods experience no satisfaction.

The Uniqueness of Agni

Agni is the lord, protector, and king of men. He is the lord of the house, dwelling in every abode. He is a guest in every home; he despises no man and he lives in every family. He is therefore considered as a mediator between gods and men and a witness of their actions. To the present day, Agni is worshiped and his blessing sought on all solemn occasions, including birth, marriage, and death.

In the old hymns, Agni is said to dwell in the two pieces of wood which produce fire when rubbed together–the living being that springs out of dry, dead wood. As the poet says, as soon as he is born the child begins to consume his parents. Agni’s growth is seen as a marvel, since he is born to a mother who cannot nourish him, but instead receives his nourishment from offerings of clarified butter poured into this mouth. 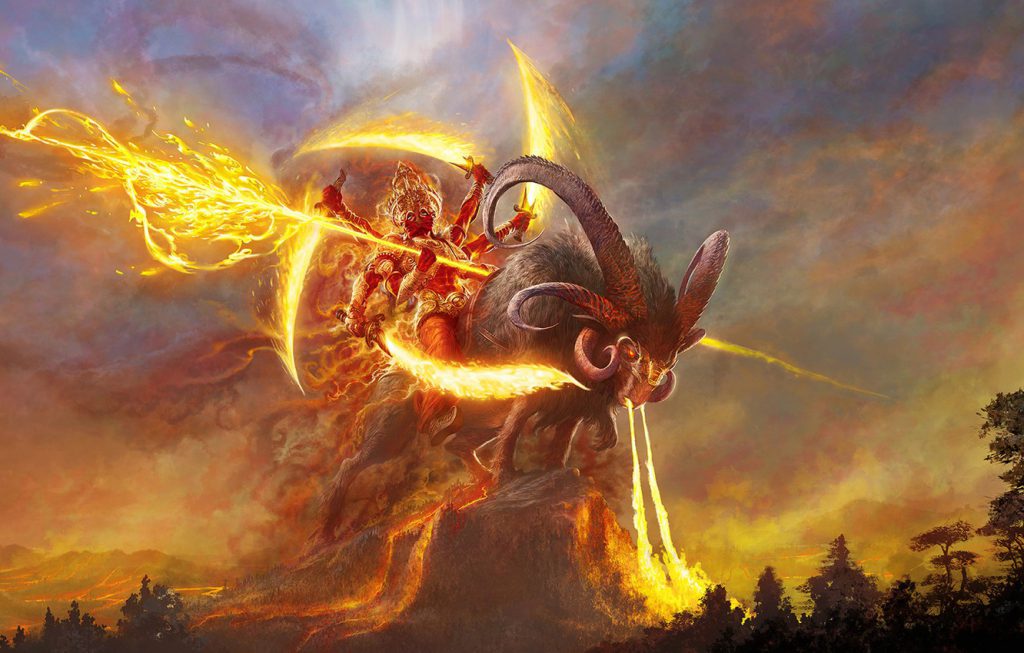 The highest divine functions are ascribed to Agni. Although in some accounts he depicted as the son of heaven and earth, in others he is said to have to have formed heaven and earth and all that flies or walks, stands or moves. Agni formed the sun and adorned the heavens with stars. Men tremble at his mighty deeds, and his edicts cannot be resisted. Earth, heaven, and all things obey his commands. All the gods fear and do homage to Agni. He knows the secrets of mortals and hears all invocations addressed to him.

Why do Hindus Worship Agni?

The worshippers of Agni will prosper, be wealthy and live long. Agni will watch with a thousand eyes over the man who brings him food and nourishes him with offerings. No mortal enemy can gain mastery over the person who sacrifices to Agni. Agni also confers immortality. In a funeral hymn, Agni is asked to use his heat to warm the unborn (immortal) part of the deceased and to carry it to the world of the righteous.

Agni carries men across calamities, as a ship over the sea. He commands all the riches in earth and heaven and therefore is invoked for riches, food, deliverance and all other forms of temporal good. He also forgives any sins that may have been committed through folly. All gods are said to be included within Agni; he surrounds them as the circumference of a wheel does the spokes.

In a celebrated hymn of the Rig-Veda, Indra and the other gods are called upon to destroy the Kravyads (the flesh-eaters), or Rakshas, enemies of the gods. But Agni himself is a Kravyad, and as such he takes an entirely different character. In this hymn, Agni exists in a form as hideous as the beings he has been called upon to devour. Nevertheless, he sharpens his two iron tusks, puts his enemies into his mouth and devours them. He heats the edges of his shafts and sends them into the hearts of the Rakshas.

In the Mahabharata, Agni is exhausted by devouring too many offerings and wishes to restore his strength by consuming the whole Khandava forest. Initially, Indra prevents Agni from doing this, once Agni obtains the assistance of Krishna and Arjuna, he baffles Indra, and accomplished his goal.

According to the Ramayana, in order to assist Vishnu, when Agni is incarnate as Rama, he becomes the father of Nila by a monkey mother.

Finally, in Vishnu Purana, Agni marries Swaha, by whom he has three sons: Pavaka, Pavamana, and Suchi.

The Seven Names of Agni

Agni has many names: Vahni (who receives the hom, or burnt sacrifice); Vitihotra, (who sanctifies the worshipper); Dhananjaya (who conquers riches); Jivalana (who burns); Dhumketu (whose sign is smoke); Chhagaratha (who rides on a ram); Saptajihva (who has seven tongues).