By  Vinay Dev for SpiritualRay

The Hindu religion has a vast mythology that is recorded comprehensively in scriptures. They list many gods and goddesses in their various manifestations. Each one has many interesting qualities and powers.

In Hinduism, the term demigod is used to refer to deities who were once human and later became devas (gods). There are three very notable demigods in Vedic Scriptures:

Nandi (the divine vehicle of Shiva), and Garuda (the divine steed of Vishnu). Examples of demigods worshiped in South India are Madurai Veeran and Karuppu Sami.

Hindu Gods and Goddesses and Their Powers

The Hindu scriptures are vast and very deep in meaning, hence, there are so many commentaries by many scholars. There are infinite manifestations of the supreme being according to Vedic scriptures, and the numbers 33 million or 330 million are just the way of signifying that the one god has infinite manifestations. All these avatars have specific qualities, powers, and roles in the working of the universe. The reason people have the misconception that the Hindu religion is polytheistic, is because of the sheer number of gods and demigods narrated in the Vedic scriptures. But this is not so. In the end, the bottom line of every scripture states that the final goal of spirituality is that of realization of the One God. To get there, deity worship may be required and personalize may be needed. This is the reason why there are so many gods with so many qualities. One person may take a liking to one quality of a god and then worship him/her. This way, he takes the first step of realization of the Supreme.

Vishnu, by many sects in Hindus, is considered to be the supreme god. In a normal and general perspective, he is one of the Trimurti, along with Brahma and Shiva. He is seen as the Preserver (or maintainer) of the universe. According to the scriptures, mostly Vishnu Purana, the universe came into being from his navel, and the first living being born was Brahma.

Shiva, as mentioned above, is one of the three primary gods in Hinduism. He is considered to be the supreme being by one of the Hindu sects. He is seen as the Destroyer (or transformer) of the universe. He is one of the most recognizable Hindu deities, and is very popular among all Hindus.

One of the holy trinity in Hinduism, Brahma is the Creator of the universe. He is usually depicted with having four heads. He is seen sitting in a lotus, meditating. In Vedic philosophy, Brahma is the embodiment of intellect, and is present as intellect in all human beings. Brahma is the creator of the Vedas. There are four Vedas, and it is said that each one of them came from one of his heads. Brahma is also said to be reciting the Vedas continuously and simultaneously from each of his four mouths. He is all knowledgeable, and is the creator of all beings in the universe.

The  Trinity Of Goddesses

Laxmi is another popular goddess in Indian households, and is widely worshiped. Laxmi is the eternal consort of Vishnu, and is also the goddess of wealth. This is not only material wealth but also the spiritual aspect of it. She endows with wealth whoever worships her. Goddess Laxmi is exclusively worshiped during the festivals of Diwali, Navratri, and Kojagiri Poornima. She bestows wealth upon the deserving, and abandons the people who use money carelessly. She also grants worshipers with spiritual and intellectual advancement.

Parvati is the wife of Shiva and his eternal consort. She is considered to be the ‘Adi Shakti’ or the primordial force that keeps the universe together. She is seen as a benevolent mother among the Hindus. But in the scriptures, in certain instances, she has taken the form of Kali and Durga, who are chastisers. Parvati is said to convert to the fierce avatar when she is angry.
Parvati has infinite power, and is even respected by the Trimurti. She is also considered to be the sister of Vishnu. This is because, in her primordial form, she is the ‘Shakti’ of the Supreme God, that is Vishnu.

Goddess Saraswati is the eternal consort of Brahma, the creator of the world. And as he is the source of all knowledge in the universe, Saraswati is the embodiment of knowledge itself. She is usually shown playing the sitar, sitting in a lotus.
She holds a book in one of the hands and a lotus in another. The book signifies material knowledge and the lotus signifies actual knowledge―that is, the knowledge of the self. She is the giver of speech, wisdom, and learning. She is also the supreme knower of fine arts like music, arts, and literature. 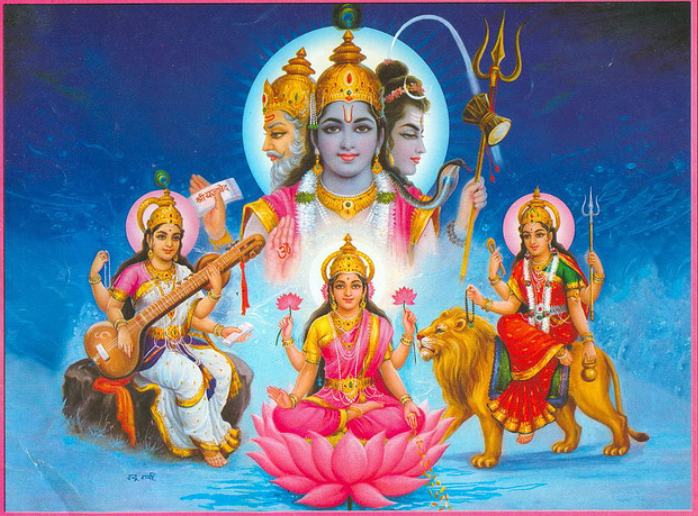 Other Hindu Deities and their Powers

Kali is the embodiment of kala, or time. She is also darkness personified, and is extremely powerful. Kali is the goddess of death, time, and change.

Yama is said to be the God of death. He is the keeper of records of karma and the corresponding punishment the actions of a human deserves in the underworld.

Ganesha is the god of auspiciousness. He is known to be the destroyer of bad luck and obstacles.

Lord Hanuman is seen as the giver of strength and courage, and is very benevolent to true devotees. He is one of the Chiranjivis (immortals) in Hinduism.

God Dattatreya is depicted in the form of Trimurti, with Brahma, Vishnu, and Shiva together. According to the Nath tradition, this deity is an incarnation of Shiva. He is worshiped for attaining knowledge of the Absolute Truth. In Dattatreya Purana, he is considered as the incarnation of the trinity and hence believed to be all-powerful.

Indra is the King of the Gods residing on Swarga or Heaven.

Lord Kartikeya leads the army of gods and is considered as the god of war. He is the son of Shiva and Parvati. His other names include Skanda and Murugan.

Kamadeva is the god of desire. This includes all sensual desires, including love.

This comprises five planets, the Sun, Moon, Rahu (ascending lunar node), and Ketu (descending lunar node). The planets included are Mars, Mercury, Jupiter, Venus, and Saturn represented by Mangala, Budha, Guru, Shukra, and Shani respectively. The Navagraha are believed to influence the course of one’s life. They are worshiped to remove difficulties and bring good luck.

Surya – He is Sun god and the chief of Adityas. The recital of Gayatri Mantra is known to please him.

Chandra – Symbolizing the Moon, he is also known as Soma.

Mangala – Also known as Bhauma, he is considered as the son of Bhumi or Earth. He is the god of war.

Budha – Believed to be the son of Chandra and Tara, he is the god of merchandise.

Guru – Also known by the name Brihaspati, he is believed to be the guru of gods. He is the god of wisdom.

Shani – A demi-god, son of Surya and Chhaya, he represents career and longevity.

These were the main Hindu gods and goddesses, along with their powers, qualities, and avatars. Hope the article has intrigued you enough to read more about the wonderful religion of Hinduism. 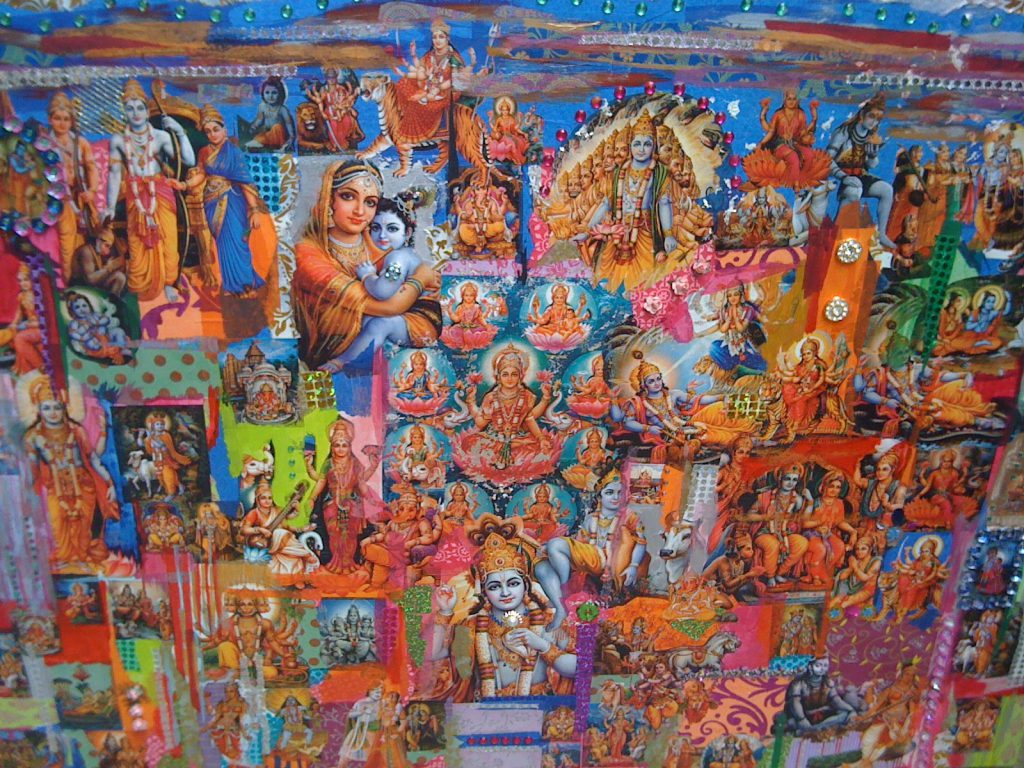